Notice: Trying to access array offset on value of type bool in /home/protechgamingwor/public_html/wp-content/plugins/wp-word-count/public/class-wpwc-public.php on line 123 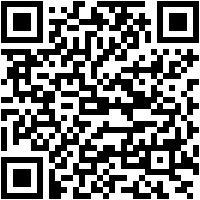 Ninja Arashi 2: the continuation of the great side-scroller action Android Game about a ninja’s adventures who dreams of saving his son from a demon’s clutches. The main character was able to get out of his prison in the first part, and now he struggles to find the villain. Yet there are old and new obstacles, rivals, and threats along the way. It is important to resolve them deftly, strike enemies, find non-standard solutions and realize that at every move, death will wait for the character. The quickness of the players, as well as the creation system, special artifacts and a variety of cold guns that can cut through any obstacle, will allow him to survive and fulfill his plans. 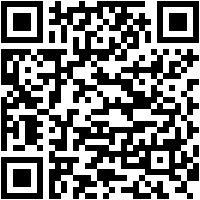 Nitro Jump Racing, a thrilling 3D race for powerful cars, where you play with three other competitors online. Prove your supremacy on more than 50 tracks by executing stunts in five separate, vivid worlds Android Game. Choose the next car, raise money and boost your car by winning races. To do this, you have more than 500 parts at your disposal and almost all can be modified, from the wheels that are better suited to the next track terrain and finishing with an engine modification, making it more powerful and adding nitrous oxide.
You can compete in one of two modes in Nitro Jump Racing, this is a race against time, where you need to drive the route extremely quickly or engage in races with other players, here the winner is the one who earlier arrives at the finish line. In this colorful game with great 3D graphics and cool animations, you build the fastest and most stable car and show everyone who is the best racer on the planet. Control the body angle so that you do not waste time, land after a hop on a stretch of road and hit the gas, leave opponents far behind, take first position for yourself. The Ultimate Air Fighting Android Game The non-stop action will keep you at the edge of your seat with a lengthy single player campaign and innovative multiplayer modes. Bump visualization, atmospheric dispersion, volumetric clouds with natural illumination, sun glare, day & night transitions, God rays and more are unprecedented graphics, special effects and audio. Invite your mates to play online: Survival, Free For All, Team Deathmatch, Capture the Flag and Protect the Base with cooperative and competitive modes available. More ways will come, so give us your suggestions. The arenas together occupy a region that is four times the size of New York City. 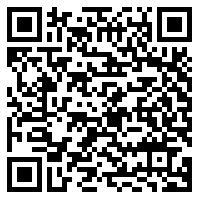 This is an epic role-playing Android Game in a fantasy world. Warhammer: Odyssey Immerse yourself in a magnificent yet dark world, engulfed in chaos at the same time. The servants of darkness, who plan to destroy the whole civilization and enslave all living beings, are now roaming the once peaceful and living lands. There is always hope, however, that valiant and mighty heroes have stood up to protect their native world. You will be able to explore a massive world with your friends, attack powerful monsters and complete challenging missions together, thanks to the multiplayer mode. You can encounter several legendary heroes from the Warhammer universe as you advance, along with whom you will complete different story tasks. Immerse yourself with the latest 2021 War After PvP shooter. The world as we knew it was brought to an end by endless war between nations and dwindling resources. Resources have become scarce, and in order to get what remains, some groups can stop at nothing. Enter one of the groups in a future of everlasting conflict that is post-apocalyptic. Choose and upgrade weapons, fighters and gears to rule the world and lead your division to victory in many fallout arenas. In order to access better equipment, increase your rank through battles. Design a unique look, pick your hand, and burst into thrilling PvP online battles specifically designed for mobile devices.