Hair Dash is an arcade game where you have to immerse yourself in multiple settings with the aim of battling multiple enemies sent by the King of Octopus. To do this you have to put yourself in a man’s shoes with a large blonde toupee who is not afraid of any hordes of pirates. The controls are pretty simple: just tap left to right to reach all your enemies. It is one of the game’s funniest things, because you have to press one side of the screen or the other depending on the direction each of your enemies approach. Hair Dash displays various status bars with energy level of each pirate. Like this you will always know how many blows you need to land in order to end every attack and get a little closer to the final fight against the giant octopus. Hair Dash makes having lots of fun facing off against any pirate in your path really easy. To do this you have to look at both sides of the screen at all times and start landing goals right and left to take your rivals down and beat every point. HOT LAVA FLOOR-a bright and fun RPG for Android devices with platformer elements. You’ll need to take care of the hero and guide him through a series of dangerous lava-filled locations. Here you can customize the view from both the first and third person, as well as the game will please you with lovely 3D graphics, easy controls and interesting challenges. Throughout our childhood, all of us thought that the floor was actually hot lava, running over all sorts of things in our room, jumping on them and jumping over them, and everything so as not to fall in the hot lava. Here we’ll find the similarity of the fantasy game of our childhood, yet skillfully modernized, updated, beautiful and with an awesome opportunity to experience nostalgic entertainment right on your Android device computer. Throughout the game, the city is filled with lava and you have to help the hero leap on items floating in it, which are not always smooth but also sloping, as well as making long leaps and subtle movements along the way of game currency and balance selection. 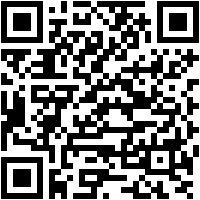 Long Holiday Island is waiting for us in Tour of Neverland, an adorable game where we will have to control our own farm and communicate with humans and animals. Farm management games have been a veritable sensation for a few years now. Like all else, however, these games are also developing to please an ever more demanding public. Another fun title from the developer Mars Game follows in the footsteps of video games like Animal Crossing, Havest Moon, and Seasons Tale. This way, we will be brought to a beautiful island where we will live among humans and animals while growing all kinds of fruits and vegetables and doing a lot of fun missions. Our goal is simply to survive while we are working to restore the farm of our grandfather (who is gone now, possibly to get rid of his job). We ‘re going to continue planting and harvesting vegetables, but soon we ‘re going to be able to fish, dive and decorate our cabin as well as shop on the market, explore the depths of a mine, make new friends and create a tourist lodge among other stuff. It is such a nice thing to watch motorcycle tournaments. It’s also a pleasure seeing in hundreds of laps the top motorbike riders battle their hearts against each other. It’s even more exciting to see their bikes in motion and to wish we could ride it too. You don’t have to wish any more now! Real Moto is a very popular motorbike racing game. In this game you can ride on different bikes against opponents. Each bike is special and has its own strengths and faults. How do you want to fly with you is up to you. But you can also customize your bike to any color you want! Instead, you do have lots of game modes to choose from. You are going to race in a fast motorbike in Real Moto! Race games typically include cars but not in this case! Out here, when you compete against top players worldwide, you’ll become the World Champion. You can join numerous competitions and unlock tons of motorbikes. You can also get your bikes customized to show off your personality! Besides that, you’ll have a clear understanding of the nature of racing as Real Moto offers top-notch gameplay with realistic graphics. Like other sports, Real Moto didn’t shy away from letting everyone enjoy a fun game! AWAY: Journey to the Unknown is a japanese animation love letter created by a team of two men. This takes you on a very rare trip into a fun and wacky 3D world with 2D characters in it. AWAY is a short light-hearted tale combining action, dumb conversations, rogue-lite elements and crushing a bunch of cute creatures to conquer any obstacle in your path. A three to five hour ride across a vivid world with special visuals, with 2D characters living in a 3D environment. Unravel a funny and light-hearted tale, with a pinch of rogue-lite elements just right. Recruit up to 8 unusual characters, each with specific capabilities. A soundtrack with anime theme composed by Kazuhiko Naruse and sung by Aya Majiro! “Dear Villagers, while we were working we might have released some evil forces. Sorry, be safe, “the Labiworks say signs everywhere. Your neighborhood appears to need a serious cleaning of monsters. AWAY could have been one of those bloody FPS if you hadn’t been a harmless child armed with… Hardwood ring.