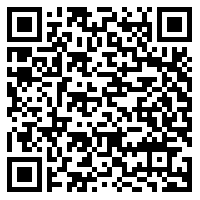 Bruce Lee: Entry The Game is a 2D action game where you control the legendary martial arts master Bruce Lee. As you may have guessed, your goal is to fight dozens of different enemies using the deadliest weapon: Bruce Lee himself. Control system in Bruce Lee: The inter-game game has been adapted to touch screens. Touching the screen will move it, while slipping your finger in a different direction will cause it to attack. How you gesture and how long you hold your finger on the screen will determine the attack. Bruce Lee: In the inter-game game, there are over 40 levels in total, full of all these enemies and different bosses. On some levels, in addition to killing all the enemies, you will have other objectives, such as protecting Bruce Lee’s Sensei. Also, between levels you can improve Bruce Lee’s abilities and even buy different items. Give different karate, for example, different special options … and you will find a lot of them. Bruce Lee: Entry The Game is a great 2D action game with outstanding graphics and as much charisma as Bruce Lee himself. A fun game that does justice to its name. 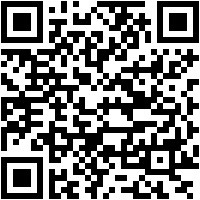 Final Fighter is a 2D fighting game similar to Street Fighter and Tekken where you can fight against opponents controlled by AI (in story mode) as well as other players. The gameplay in Final Fighter is very similar to other games of this genre. On the left side of the screen, you’ll have buttons to walk, jump, and duck. On the right, you will have buttons for attacks. By combining some successful movies and tricks, you can come up with some amazing combinations. As the story progresses, you can unlock new characters and scenarios as you go along. But this is not the only mode. You can also play in battle mode, where you choose three characters and fight against others online. Final Fighter is a brutal fighting game with amazing graphics, well-designed gameplay, and a great selection of characters for Android. The game also incorporates different game modes and goes much deeper than you expect. 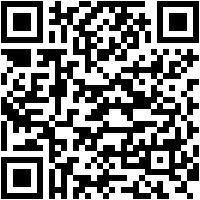 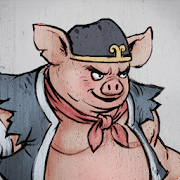 Gado Fight is a free and real time vs mobile game. It supports the use of ink painting styling and hardware arcade styling to give combat lovers a place to show themselves. At the same time, it has been improved for mobile devices. Easy-to-use controls and superior operation space also allow more players to understand the focus of the fighting game. Love the fight, compromise, experience the 3 minute KOK thrill and become the king of fighting! Happiness! Fight for real skills! In terms of combat, the game allows you to control the character and launch tricks to defeat your opponent. There will be a button that goes in four directions: up, down, left and right. The rest of the letters A, B, C and D. are written with combat skills buttons. You need to know how to use these skills to create a powerful scroll. It is to unite by defeating all opponents.

Free offline game that at first glance is similar to the PC game Sleeping dogs, Eopue Battle. This game is set in a city that is cultured like Chinese which is full of evil enemies. Your task is to eliminate these enemies with epic Kungfu combos. You can roll to avoid enemy attacks that are shaken. Your character is no less cool because of the basic attack and the skills that are released are typical with nuances of Kungfu like in sleeping dogs game. Gameplay is presented in the form of a battle in a place in the form of a stage, so that after you beat the enemy in that place, you will switch to the stage / move to another place. Even so, this game you can play offline with graphics that are so very good.

King Arthur – Help Arthur gain the power of the Accelerator Sword, fight the devil Vertigern’s warriors and become a real king. In this Android game you will meet the heroes of the new movie. King Arthur and his team will have to defend their land from enemy attack. Help the heroes in this great mission. Build a train with Arthur. Control the role functions in the field. Perform various hand-to-hand fighting exercises to defeat multiple enemies. Release the accelerator power and crush the evil. King Arthur is one of the most popular super cute Android games with unique and simple design in combat style. It’s very easy to play on Android phone, smartphone or tablet. This game is very easy and unique to download. Get many interesting tasks and high scores in this game. There are a wide range of enemies with special powers and different abilities to defeat the enemies in the fighting game. The game has amazing graphic, famous characters, excellent sound, addictive gameplay and good touch controls. The whole game is really fun so download it now and enjoy this amazing game.