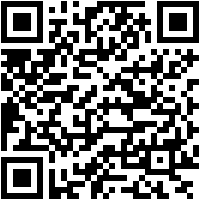 Red Storm: Vietnam War is a new TPS game where you can team up with other players to complete a mission and objective, you will have enemies with the same goal as your team as your opponent, and you will both be real-players, the team will of course win to perform the best. With excellent graphics, gameplay, and character animations, it’s a fun game set in a tropical forest or an island. There are several guns, armour, and other things to play with. In the game, you will also have enough cash to buy everything you want for free and upgrade as well, your cash will never decrease so you will have to grain a little at first to get enough to buy other currencies and upgrades. An entertaining strategy game for fans of sports and dynamic play, Tennis GO: World Tour 3D. Choose and take part in thrilling matches with an athlete. Sharpen your tennis skills and develop the player. With the character editor, give the character a distinctive look. Defeat your rivals and gain entry to tournaments at higher levels. Challenge the best players to be one of the champions of tennis. Build your own League, engage in thrilling team battles and earn your victories with valuable trophies. The game has a fantastic visual design, many levels of difficulty to choose from, realistic mechanics, an advanced athlete enhancement scheme and a built-in communication chat. House Flipper Home Design Renovation Games-in terms of cleaning and restoring, designing and decorating living spaces, the natural presence of the sensational game by players on mobile platforms. In a similar service field, the main character decides to start his own company, and players will help him gradually shift from small jobs to clean up chaos to enforce full-fledged agreements with various items on the to-do list. Exciting gameplay is provided by high-quality graphics and animations of actions, a range of objects, items, and everything else, as well as realistic controls. ShooterRama-a special shooter with high-quality graphics and lots of activities. To eradicate criminal elements, the player will play as a gunner performing different tasks. The originality of the gameplay is that the diorama is responsible for all the places here. The consumer then has the ability to completely explore the map and choose the correct location and timing for the shot. Otherwise, all of the genre’s usual elements exist: pumping, buying new weapons and additional objectives. 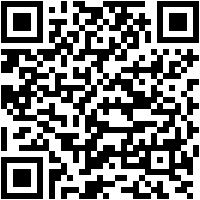 Futuristic action, playing as a Misk 802 robot cop, prevents the effects of a mystery virus. Misk Schools Search In the very distant future, namely in the year 3020, when the planet Earth becomes so polluted that people created cities floating above the clouds, events in the game take place. Special robots that do much of the hazardous and repetitive work support them. There’s a cyber assault one day, an unknown virus infects the computers, and now robots are programmed to kill humanity. You are in the role of an elite robot police officer who aims to restore the infected to their former state and save the Alpha Cloud town.