Stick Cricket Live is a 3D cricket game where you get to play this sport’s exciting rounds that are so common in some parts of the world. To bat each one of the balls and rack up as many points as you can, you’ll have to put your abilities to the test. In Stick Cricket Live, you will have the option of fighting against players from all over the world in exciting rounds. Thanks to this feature, as you try to beat any opponent and win points, the game becomes even more exhilarating. This is the only way you will be able to progress through the rounds and unlock new material in each of the games you play to help you become more accurate and competitive. With Stick Cricket Live, in any one of the rounds that make up each game, you will have to play your best to get more points than your opponent. You’ll win and climb up the world leaderboards if you manage to out-score your opponent. 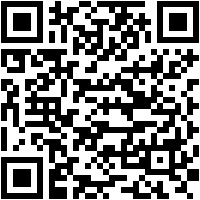 Archery Master 3D is an archery shooting 3D game where players can shoot with a bow (oh what a surprise). In different environments, at different styles of bull’s-eyes, and using various archers and bow types, you can fire the bow. It’s quick to fire the arrow: hold down on the screen to pull the bow string taut and take your finger off the screen to let the arrow go. The hard part of Archery Master 3D is that when you press down on the frame, your bow shifts slightly, simulating the archer’s pulse in which you fire. So, you’ll have to get used to the sight of a bow. Archery Master 3D is a fun shooting archery game with decent graphics and a large number of different levels. It’s one of the genre’s best games. 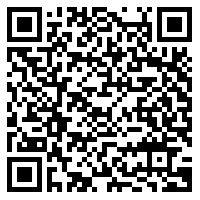 Badminton Blitz, an entertaining badminton sports game that offers real-time PvP matches, is a 3D multiplayer sports game. You need to build a character first of all, so choose not only what it should look like, but also its athletic characteristics: attack, defense, or balance between them. For winning matches, chests with different prizes are given. A badminton racket, a training pass, experience, clothing pieces, gems, coins, and so on can be found here. In order to play badminton at an even more professional standard, customize your equipment and unlock enhanced rackets, of which there are more than 20. Badminton Blitz is a fantastic Android sports game with a simple control scheme of just five actions, attractive 3D graphics and thrilling gameplay as you challenge real rivals and progressively switch from one league to another. To become a new badminton legend, compete in different tournaments. Golf King is an online sports game that invites people from all over the world to compete against you. Your goal is to hit the golf ball with fewer strokes than your opponent at every level of the game. The makers of the famous Mini Golf King, who have now chosen to dive into this sport, have given you this fun game. The realism of golf games makes this game stand out. To sustain the level of suspense in every game, the 3D graphics imitate this noble sport. You’ll be meeting random people in the same league at Golf King. Taking turns, each of you must try to score before the other. The game has easy controls, so you can completely take advantage of the touch screen of your smartphone in no time.
Golf King is a fun golf multiplayer game that includes a bunch of unlockables that can customize and enhance your gaming experience: from all sorts of golf clubs that you can use to decorative elements in every situation that give a special touch to your character. You will boost your shot and play in higher rated games as you level up.

The new edition of this awesome Konami soccer simulator for Android is eFootball PES 2021 (previously eFootball PES 2020). This time, unlike other games with similar titles, when you play matches, you can control every player on your squad, just like when you play on consoles and computers. The eFootball PES 2021 gameplay is perfectly suited for touch-screen computers. Two different modes can be chosen: classical (with virtual buttons) and a more modern one. You can build walls, send it deep, take shots, do bicycle kicks, or cross the ball towards the goal no matter what you want. Basically, everything you could do if you were yourself actually on the field. The eFootball PES 2021 is an incredible soccer game with enjoyable gameplay, fantastic graphics, and many official licenses. The only shame is that there are some fantastic teams noticeably missing.